More investors are pouring money into underdeveloped provinces where land is cheaper than in HCM City and other big cities. 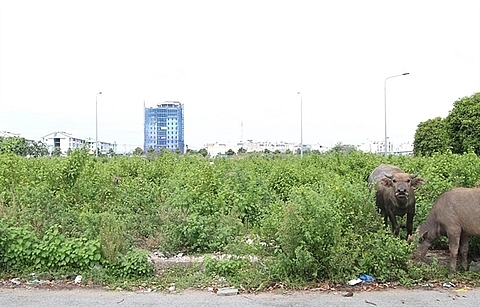 More investors are buying land in remote or underdeveloped regions due to cheaper prices and potential for growth in value.- VNA/VNS Photo Tran Xuan Tinh

Investor Pham Thi Trang of HCM City told Dau Tu(Investment) newspaper that she had bought 2,000sq.m of land in Long An Province’s Moc Hoa District for around VND1 million (US$43.2) per sq.m.

The cheap land is close to the provincial border and has unspoiled beauty, and because of its border location, it could double or triple in value in the future, Trang said.

Though the land is located in a remote area, Thuan said the province would develop beach tourism and other profitable fields in the future.

Many real estate companies in HCM City are also buying land plots in regions such as Long An, Vinh Long, Binh Phuoc and Binh Dinh. These purchases have raised property values in those areas.

Land in cities have high liquidity and profits, but available land in cities such as HCM City is becoming rare and prices have peaked.

Vu said the land in underdeveloped areas was cheaper and could increase in value in the future. His company’s investment in 50 hectares of land in Binh Phuoc Province has been successful.

Nguyen Van Hau, general director of Asian Holding Real Estate JSC, said that legal procedures for land in such undeveloped areas were not as cumbersome and slow as those in city centres.

The land in these areas is also not affected by industrial air pollution, traffic congestion and noise pollution, and has high tourism potential if it is close to the ocean, forests or mountains, according to Hau.

In addition, expressway, airport and railway infrastructure development in recent years and in the next 10 years will make the land more profitable in the long run.

However, a representative from the Viet Nam Real Estate Association has warned investors that the growth of the value of land might drop unpredictably because that infrastructure development and big projects near these land plots might not occur as planned.

Investing in such regions, where returns on investments can take a long time, may also reduce investors’ capital that could be used for other opportunities.

Experts have told investors to carefully assess their capital and ability to withstand a lack of returns for a long period.

The HCM City Real Estate Association said in the first six months of this year, the amount of residential property up for sale was only 39.1 per cent of the figure in the same period last year.

Investors are looking for industrial and logistics assets via forming joint-ventures with local industrial property developers or purchasing land and operating real estate, according to Jones LaSalle Vietnam Co. Ltd. 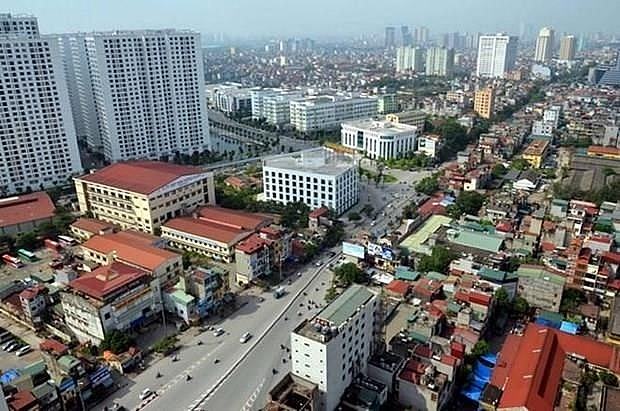 The company further said mergers and acquisitions (M & A) in real estate is a bright spot in the market. The shortage of high-tech assets, modern warehouses and strong demand from businesses are promoting the potential of domestic industrial realty market.

Though M & A activities could slow down in the two remaining quarters, the Government’s existing policies will improve the market’s transparency.

Additionally, the shift of manufacturing bases from China to Southeast Asian countries will continue bringing benefits to the region, including Vietnam.

The office market in Ho Chi Minh City continued stable growth in the first half of this year, with some increases in rental prices and areas, according to major property consultant firms. 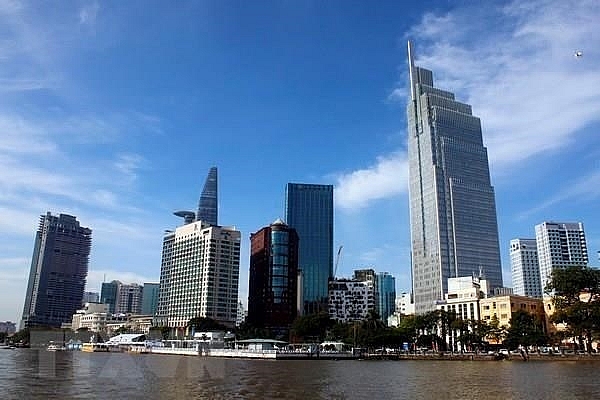 Duong Thuy Dung, Senior Director and head of the Professional Services of property consultancy CBRE Vietnam, said the vacancy rate of both Grade A and B was lower than 4 percent due to limited supply in the period.

As of the second quarter, the vacancy rate of Grade A stood at 2.6 percent, down 2 percentage points from the same period last year.

Troy Griffiths, Deputy General Director of Savills Vietnam, said the office market in the southern metropolis has grown stably over the past five years with increasing rental prices and areas, even when supply was expanding.

Of note, the rental price of Grade A offices continued to lead, up 2 percent in the first quarter and 13 percent from the beginning of 2018, he said.

Rental prices of the two grades rose due to the limited supply. The average price of Grade A in the second quarter was 46.7 USD/m2/month, up 0.9 percent against the previous quarter and 2.9 percent over the same period last year. Meanwhile, the monthly price of Grade B was 23.5 USD/m2, an increase of 0.3 percent compared with the previous quarter and 4.7 percent year-on-year.

Dung said the trade war between the US and China prompted foreign firms to move their offices from China to Vietnam, resulting in a 29 percent hike in demand for offices during the second quarter, up 21 percentage point year-on-year.

Nearly 40 percent of demand came from production and logistics firms and half of the companies have offices in China.

The flexible space market rose sharply in HCM City in the first six months of this year. Between April and June, the market had an additional 4,000 sq.m from Up Deutsches, The Hive-Huynh Khuong Ninh and Leo Palace in District 1, and Compass Office-Landmark 81 and Kafnu-Saigon Pearl in Binh Thanh district.

According to Savills Vietnam, over the past two years, the co-working space model has developed strongly in the city, with annual growth exceeding 90 percent. The space covers 37,000 sq.m, mainly in the centre of the city.

WeWork, Up, Dreamplex, Regus, Compass and Kloud have made their names in the market.

Property consultant firms said in the second half of 2019 until 2021, the office market will welcome an additional 14 offices covering more than 300,000 sq.m, with half of them Grade A.

The market is forecast to experience increasing vacancy rates in both Grade A and B during the next three years when a new wave of supplies comes. Rental prices in Grade A will increase slightly in 2019 and 2020 with growth rate reaching 3 percent and 0.6 percent, respectively.

Statistics show that more than 10,700 products were put up for sale, only 39.1 percent of the amount offered in the first half. Meanwhile, 8,560 units were transacted, or 46.8 percent of the same time last year.

The country’s largest property market also had a high absorption rate of 79.9 percent.

According to Nguyen Van Dinh, Chairman of the Vietnam Real Estate Brokerage Association, HCM City’s property market is set for a promising July-December as local policies are expected to boost both supply and transactions. Houses will sell well, however, at high prices.

The corporation’s consolidated second quarter revenues also increased 309 percent to VND20.9 trillion ($902 million). Its consolidated Q2 2019 report said the surge in revenue and profit was largely due to Vinhomes delivering a number of subdivisions in its major projects.

At its annual general meeting in May, Vinhomes announced plans to raise its overall after-tax profit by 40 percent in 2019 to VND20.6 trillion ($889 million).

Newly-appointed Vinhomes chairwoman Nguyen Dieu Linh said the corporation will look to expand to cities outside Hanoi and HCMC and begin leasing office space in its urban complexes.

It has the second largest market cap (VND294.09 trillion or $12.7 billion) on the Ho Chi Minh Stock Exchange, behind only Vingroup (VIC), its parent company which is Vietnam’s largest private conglomerate.