Vietnam is a developing country in South East Asia. It is not only challenging but also advantageous for doing business here. Three following reasons will be useful for the businessman to choose Vietnam in his career:

Vietnam is in a profound integration process which results in many huge opportunities for foreigners doing business in Vietnam. Up to now, Vietnam is a member of ten free trade agreements. Five more agreements are still under negotiations. Significantly, European Union and Vietnam reached agreement on free trade deal on August 4, 2015. That is a milestone in financial, economic and investment corporation between Vietnam and EU. This agreement supports European investors doing business in Vietnam to expand their production and business activities. Thanks to the trade deal, the inefficient economy of Vietnam is hoped to have more reforms. 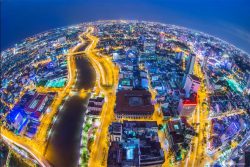 Vietnam has geopolitical advantages in the region when locating on the sea route connecting Europe and North-East Asian countries. There are many main point habors such as Hai Phong, Da Nang, Cam Ranh and Sai Gon. Goods can be delivered from Vietnam to many places in the world. Besides, labour market with 54 million young workers is another attractive point to foreigners doing business in Vietnam.

Class B office buildings have taken the lead in the leasing office segment so far this year, according to real estate experts. In Hanoi, the vacancy rate in Class B office space in Q1 increased significantly with the inaugural of the Horison building with a gross floor area of over 10,570 sqm and usable area of more than 8,000 sq.m. In the coming months, the market will see more large projects including the DSD building with 20,000 sqm, the Discovery Complex (49,000 sqm), Truong Thinh Building (5,400 sqm), and the HUD Tower (70,000 sqm). 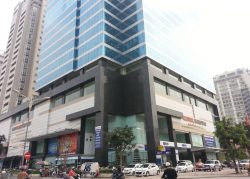 Nguyen Bich Trang, Director of Hanoi office renting department under CBRE company, commented that high quality office buildings are always attractive to customers as they help the firms improve their brand image and attract high quality employees. Buildings with green and LEED (leadership in energy and environmental design) certificates are most popular among customers, she said, adding that the Horison building of Global Toserco is one example.

According to Deputy Director General of Global Toserco Ltd. Nguyen Thi Hong Van, with an advantageous location, 20 percent of the building’s total area has been booked at 25 USD per square metre, mostly by firms in finance and banking.

Need a new accommodation? Find a comfortable living space in District 2?
With these apartments, that no problem!

With 42 floors designed modern and friendly environmental, Masteri Thao Dien was honored in top 10 of the best real estate projects in Vietnam by Vietnam Investment Review. Its worth of remark is the prime location which just take 7 minutes to reach the central districts of city and easily access to other areas.

Lexington An Phu is located in the new urban area – An Phu, where is recognized as one of the most modern infrasture in Ho Chi Minh City. It is a prime position that is on Mai Chi Tho Highway and easily connects to Thu Thiem Tunnel and Thu Thiem administrative center. The design of Lexington not only has the mark of Asian Classic style but also bears the application of European art. 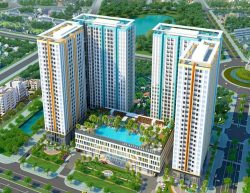 Imperia An Phu is the only apartment created about 72 percent of the area for green trees. It also is a group of luxury apartments, which built observed the international standard in the urban area City Horse, District 2. Therefore, residents can experience a high level of modern living conditions but still in harmony with nature. 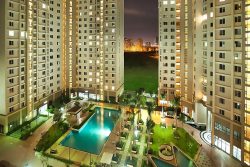 The real estate sector took the lead in the number of startups as well as the growth rate, with 924 firms established in the first quarter this year, up a staggering 55% year-on-year, according to the Business Registration Agency under the Ministry of Planning and Investment. 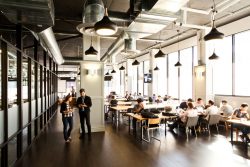 After the property sector, new enterprises in the power, water and gas generation and distribution sectors came second in terms of growth rate, with 200 firms, up 32% year-on-year, while the education and training sector took the third position with 640 freshly-established firms, surging 28%. In addition, new businesses in the sectors of finance-banking-insurance and agriculture-forestry-aquaculture stood at 269 and 461 in the first three months, up 26% and 16% respectively.

Data of the agency showed the country had 26,478 newly-established enterprises with total registered capital of around VND271 trillion (US$11.9 billion) in the first three months of this year, up 11.4% in number and 45.8% in capital over the same period last year. Besides, operational firms registered to inject an additional VND325.4 trillion in the period, bringing the total amount of fresh capital registered by businesses in the three-month period to over VND596.6 trillion.

Meanwhile, nearly 9,200 enterprises have resumed operation in the first quarter after a period of suspension. The average registered capital of an enterprise in January-March was VND10.2 billion, a pickup of 30.9% compared to the same period of last year. Last month alone, 12,027 enterprises were registered with total capital of VND118.7 trillion, rising 120% in number and 90.6% in capital against a month earlier.

3 following ways will help you: 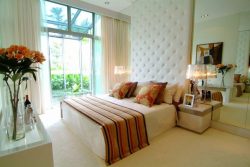 This is the best way to find your accommodation in Ho Chi Minh City. A quick Google search will deliver many useful results to you. All you have to do is send them an email (or a text message if you’re in the country) with details of what you’re looking for (location, kind of apartment, size, budget, etc.) Then they will get back to you with some suitable options to choose. Finding a local agent is absolutely easy and quick for you to find an apartment in Ho Chi Minh City. It is necessary to connect them at least 1 week before you come to Vietnam.

Facebook is the most favorite social network which is popularly used in Saigon. You can join in some expats group such as Expats and locals in Ho Chi Minh City, Expats in Ho Chi Minh City (Saigon) or Saigon Expats & Locals-Internations Friends. These are very helpful for you to find an apartment because the news of accommodation can be posted every day. Many of real estate agents also suggest or give you advices about renting/leasing properties. Therefore, Facebook group is a good media for the expats to look for a favorable place to settle down.

It is another option for the expats to find an accommodation in Saigon. If you have your friends living or working here, you can share the rooms of apartment together. Or they are able to help you find it. The expats community in this city has been developing and expanding, so you will not feel alone with its new life.

May 5, 2017 / by admin / in Advice
Read more
The unofficial rumors make the land prices of suburban quickly increase

Land prices in Ho Chi Minh City’s suburban areas have recently skyrocketed over rumors of upgrading and merging outlying districts or the implementation of major projects. The prices have increased by 30 to 40 percent, even 100 percent in some areas, in District 2 and District 9, as well as outlying districts including Binh Chanh, Can Gio, Cu Chi, and Hoc Mon.

Along Nguyen Xien Street in Long Thanh My Ward, District 9, which was previously a secluded neighborhood, land prices have hiked after a rumor that a major realty project would be initiated later this month. Advertisements have filled the area, while brokers hand out leaflets on a daily basis. 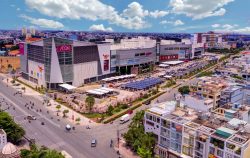 According to Van Anh, a broker, houses in a residential area named DV were first put on sale seven months ago. Speculators began buying nearby land slots earlier this year, causing prices to rise, Anh elaborated. Areas along Nguyen Duy Linh Street in District 2 have also been in high demand. Hoang Nam, a local broker, stated that buyers of houses in the neighborhood have been mainly speculators while those having a real demand for residences make up a small portion.

It is noticed that a 20 to 50 percent increase in land prices along National Highway 50 in Binh Chanh District compared to the beginning of the year. National Highway 50 is a major road leading to provinces in the Mekong Delta, Ngan, an experienced broker, explained, adding that Binh Hung Commune in the district is expected to be upgraded, leading to the price surge. A 4m x 16m house, previously sold at about VND500 million (US$22,000), is now hard to find although the price has doubled, Ngan continued. Land prices in outlying Can Gio and Cu Chi District have also spiked due to some hearsay that many developers will carry out their projects in the areas.

Against the backdrop of the “land fever”, real estate experts recommend that buyers should be cautious before opening their pockets. As major investors have occupied all profitable projects in downtown areas, smaller ones will seek for potential property in less prominent neighborhoods such as District 2 or 9, said Nguyen Xuan Loc, general director of Techcomreal, a realty company.

That the city’s authorities are developing infrastructure in suburban areas has been leveraged by brokers, boosting land prices, Loc added. “Buyers should only choose those projects having a legitimate building permit, easy access, and connections to other infrastructure and sign deals with proper contracts to avoid pricing traps”.