In the recent years, the realty market has become more active and dynamic in Vietnam, especially the segments of Hanoi and Ho Chi Minh City. Therefore, instead of putting money in banks, gold or dollars, investment in property is more attractive to the investors.

Minh Hanh of Ho Chi Minh City’s Tan Phu District, for instance, said: “I never put my money into saving accounts because I used to invest in gold and dollars. But now I invest my money in real estate and stocks because gold prices have decreased sharply and the gap between domestic and international prices is too big.” Since 2010, gold has plateaued. The Government has tightened gold management and banks are not allowed to mobilize or borrow gold any more. 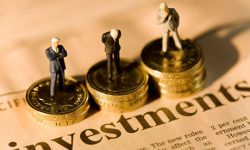 This year, the real estate market has gathered pace and been a magnet for investors. Duc Vinh of Ho Chi Minh City’s Go Vap District said last October he had bought a piece of land for VND2.6 billion ($115,000) and planned to build a house. But half a year later, a buyer offered VND3.5 billion ($155,000) for it and he sold it immediately.

However, Vinh’s profit is not considered huge in the current market situation. Hoang An, a broker in District 12, said now everybody wants to buy land because of high profits and liquidity. Things have turned on their head from a few years ago when prices were low yet it was difficult to sell land. “Bank savings interest rates are very low, gold and dollars do not yield high returns and investors are looking for better investment opportunities,” he said.

“Inflation has been controlled well in recent years and buying gold as a hedge has reduced.” Nguyen Hoang Minh, deputy director of the State Bank of Vietnam’s Ho Chi Minh City branch, said the loans given to the property sector in the city are worth VND238 trillion ($10.6 billion) or 10.8 per cent of the total.

Many Japanese firms such as Mitsubishi, Maeda, Kajima, Sumitomo and Creed Group have made investments worth tens to hundreds of millions USD in the Vietnamese realty market within over the past year. For example, the Mitsubishi Group has invested 290 million USD in a joint venture with Vietnam’s Bitexco to develop the Manor Central Park in Hanoi. In the first stage of cooperation, the two sides agreed to establish a joint venture to develop 240 low-rise buildings and two high-rise buildings with 1,036 apartments. 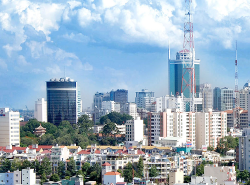 In September 2016, the Kajima Overseas Asia Company spent $500 million to establish the Indochina Kajima Development joint venture with Indochina Capital. Both plan to invest in Vietnam’s real estate market in the next 10 years. More recently, Sanyo Home invested in the field via cooperation with Tien Phat Company under the Hoa Binh property business and construction joint stock company to invest in the Ascent Lakeside project in District 7, HCM City. Meanwhile, Sumitomo will invest in the Nhat Tan-Noi Bai urban area in Hanoi along with Vietnam’s BRG Group.

According to Toshihiko Muneyoshi, president of the investment fund Creed Group, with a population exceeding 93 million people, increasing incomes and rapid urbanization, the demand for houses among young customers is huge. Notably, each year, 50,000-60,000 new households are expected to be built in Hanoi and Ho Chi Minh City, he said, adding that the fund will focus on the middle-range segment and seek more partners in Vietnam. Japanese investors have secured their position in Vietnam in recent years with 3,411 projects worth nearly $44 billion.

According to the Foreign Investment Agency under the Ministry of Planning and Investment, in the first six months 2017, Japan rose to first position in 94 countries and territories with investment projects in Vietnam, with total registered capital of $5.08 billion, making up 26.45 percent of total investment.

According to the report of Real Estate Firm Savills, the affordable housing went through the roof, with Quarter 2 sales jumping 123% in Ho Chi Minh City. It saw a strong performance in the apartment business in the second quarter this year, thanks largely to the affordable segment. 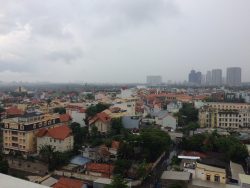 Apartment transactions between April and June increased 33% from the first quarter of the year, and by 67% from the same period last year, with 11,600 units sold, according to figures from real estate consultancy firm Savills. The number was the highest since 2011, the year of the city’s housing crisis. The affordable housing segment accounted for 64% of the sales, the company said in a report released on Monday.

While transaction volume in the top-tier dropped 32% on-year, sales of more affordable units costing less than 30 million VND ($1,320) a square meter surged a whopping 123%. With 58,000 new households (families) formed in 2016, Ho Chi Minh City has the biggest real estate market in Southeast Asia, the company said, but in terms of affordability, it is among the worst in the region.

The market has for years focused on the high-end segment, where prices hit 90 million VND (nearly $4,000) per square meter. That would mean it would take two working adults 20 years to pay for a 60 square meter apartment, based on the city’s average income in 2016. Besides, many people in the city are migrants and low-income workers.

Savills research suggests that the market is changing and will continue in an affordable direction to catch first-time buyers. Low-cost apartments are expected to occupy nearly half of the apartment market in the city this year, with a further 48,000 units to be launched by the year-end.